THE JOURNEY IS THE DESTINATION-OBITUARY FOR CHRISTIANE 2007 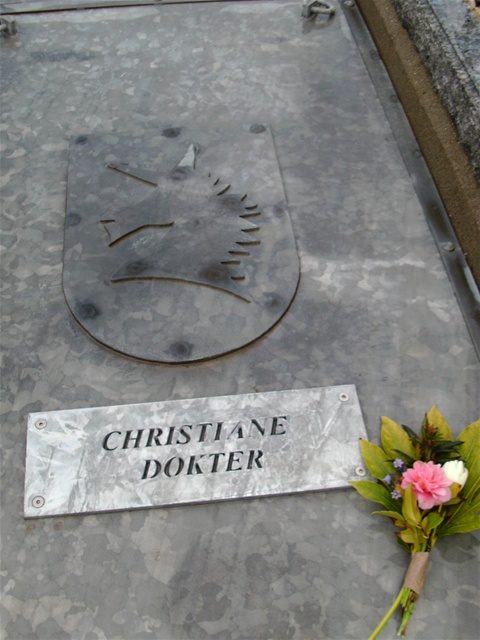 I have lost a friend !

What united us was the sea,the heart and honesty.

She always longed to be near the sea.Whether in Ameland,at the North Sea coast or in final homeland IRELAND.We did investigate the East and the West coast.

For Christiane the burial grounds at " the big pond" were really meaningful,but equally the crosses with the personal dates in the country grave yards.She took photos of graves,crosses,churches and monasteries,not only in Germany and Holland but also here in Ireland-not of pomp and splendour ,rather of the delicate tracery,the simplicity and the humanity.

Ostentation appeared to her suspect.

Material wealth was unimportant to her.She rather felt deeply about anyones tragic misfortune,unfair discrimination and injustice.

Hence it is understandable that several respectedmembers of the community accompanied her on her last journy.

Because of the enormous variety of her photographic impressions it is not possible to record and transmit the information at present.Christiane accompanied and assessed my projects-exhibitions-works by carefully documenting them.

For me she was an emeinent critic,adviser and important helper.Her motto was "get a common denominator in order to find the solution".

Though I never considered her playing a minor role in the work,Christiane never desired to be in the foreground.As the lawer Sara Horan thoughtfully observed at the funeral ,she was "A Lady".This description is absolutely accurate,though she had the slightest notion to fit that role.

In Ireland she found and enjoyed some genuine friendships,even though the time was short.II had asked her often wht this was not possible on the continent??

Never did the question of leaving Ireland confront or bother us.the aim of the journey was Ireland,and her death was part of it.

Though death claimed her too early and unfairly,in the,in the finalty she has been blessed granted her wish she had always yearned for:

A JOINT RESTING PLACE AT THE SEA----

providentially situated in the same Augustinian monastery whichwas in 2005 the starting point of my cloister project in Ireland.Following her extensive surgery in September ,hristiane realised that her time limeted;she told me :"You will proced with your project,climb the summit of St.Patrick with friends,just as we planned it."

That was her sincere wish at that time.

I collect a stone from the paek of the mountain for her in the sick bed.She held the stone in our house.Today i brought this stone with me: i will protect her in her coffin and remind her that the journey has not yet ended.--Sometime,the Creator will decide wisely when and where we will be united again,and then our journey will be completed.